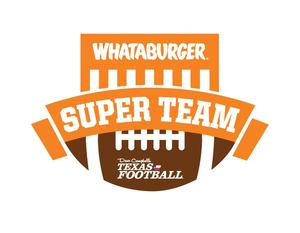 Vote now through December 31 to help land our #VEHS and #VWHS a spot on the team!

DALLAS – Dave Campbell’s Texas Football has partnered with Whataburger to honor the best and brightest stars in Texas high school football with the 2019 Whataburger Super Team. Starting in August, Dave Campbell’s Texas Football will give fans from across Texas the opportunity to nominate players from their community to be named to the final ballot of 300 that will be announced in November. From there, the real competition begins. Voting will be hosted on TexasFootball.com from November-December putting the pressure on the fans and local community to will their player to the top for a chance to receive one of the forty (40) coveted spots on the Whataburger Super Team.

“There’s nothing like high school football this time of year in Texas and Whataburger is proud to be a part of post-game rituals across the state,” said Whataburger Vice President of Marketing and Innovation Rich Scheffler. “Some of our biggest fans bring some of the best talent under the Friday night lights and we’re looking forward to seeing them compete for a spot on this year’s Whataburger Super Team.”

The votes will be tabulated by Dave Campbell’s Texas Football and announced in January 2019.